A History of Highway 55 Party Rental 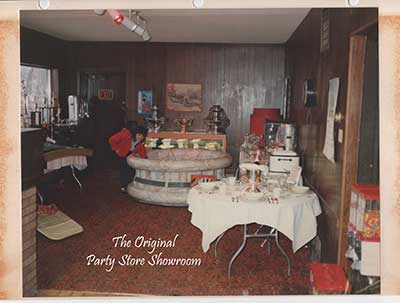 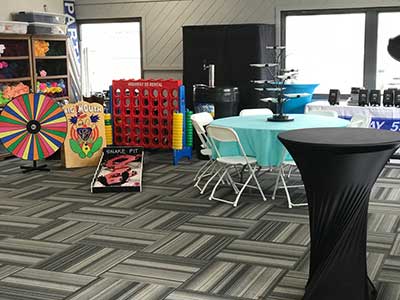 Highway 55 Rental was started in 1979 offering tool equipment rental for local homeowners and businesses in the Plymouth and Medina area. In 1988, a party rental services was founded as a separate division of Highway 55 Rental & Sales, Inc. to better serve the specific needs of customers looking rent party related equipment. Commonly known as "The Party Store," the division was opened by Highway 55 Rental’s founding brothers, Reg and Jeff Pederson in the building just west of their equipment rental business. The building had previously been occupied by pizza restaurant and saddle shop. What started as a small division renting mainly tables, chairs and a few tents to the locals, has grown over 30 years to become a full service event rental center stocking one of the widest ranges of party rental equipment in Minnesota, serving customers across the entire Twin Cities metro area and beyond.

The party rental division is currently run by brothers Jon and Chris Pederson. As the 2nd generation in a family owned business, Chris and Jon both started working there as adolescents during the summer tasked with cleaning chairs, picking weeds, pressure washing tents and pig roasters or any other job their scrawny little arms could handle. They admit to "occasionally" taking some work breaks to practice their gaming skills on the foosball table, electronic dart machine and other rental games when their boss at the time, Darren, wasn’t looking….or maybe it was playing those games with the party boss a little bit too often as owners, Reg and Jeff would attest to. But that is another story. Needless to say, as the business grew, so did both Jon and Chris as individuals. They now work side-by-side managing their talented and dedicated local team of event rental professionals with a combined total of over 70 years of experience in the event rental industry.

As the owners, brothers and co-founders of Highway 55 Rental, Reg and Jeff have dedicated over 40 years to their family owned and operated business. Starting in the late 70s, their father Harold, "Pete" Pederson helped them secure the property, which at the time was surrounded by fields and very few homes or businesses. From there, the brothers worked 7 days a week, sun up to sun down and reinvested what little money they made back into the business. In time, their hard working leadership, steady persistence and a bit of luck would eventually turn their small rental shop into a company serving thousands of customers per year in a community that has grown along with them.

Reg’s commitment to achieving a balance between the business’ bottom line while keeping equipment up to date and new to maximize customer satisfaction has been critical to ensuring steady and manageable growth throughout the company’s history. A quick thinker by nature, Reg has demonstrated great proficiency to get to the root of a problem, propose a practical solution and begin directing and delegating to solve the problem in the most effective and expedient manner possible. His philosophy in business has always been to focus on providing the best service possible at a fair price to customers while holding his team to a high standard of work ethic and reliability those customers have come to expect when doing business with Highway 55 Rental. In turn, the loyalty of the company’s full time staff, majority of which have been with Highway 55 Rental for over 15 years is a testament to this and his ability to help maintain an independently owned business for over 4 decades of varying economic conditions and dynamic industry changes.

In Reg’s free time he enjoys playing golf at Medina Golf & Country Club with his friends where he once served as Club President in addition to serving as President of the Northwest Chamber of Commerce where he received a community service award. He has also served on the board of the Minnesota Rental Association and Chairman of the Medina Relations Committee among other leadership roles throughout his time as a business man and respected member of the community. Reg has two sons, Jon and Chris who are also dedicated to the family business and places great value on spending time with them, his wife, daughter-in-law and as "Papa" to his two new grandchildren.

Jeff’s hands-on work ethic and drive to seek out new ideas for growth has been a critical part of the company’s historical success. Jeff sets the bar high when it comes to overseeing the maintaince the large fleet of tools, machines and moving vehicles. Despite being in the business for over 40 years, he still can be seen taking on the various hard manual labor tasks associated with the business. Whether it be hooking up a customer’s trailer, negotiating large equipment purchases or expertly educating a customer on how to run a heavy piece of machinery, Jeff can and is willing to do whatever is necessary to serve the business. There are few in the rental industry who know landscaping, tool and contracting equipment as well as Jeff and even fewer who are able to explain it to the wide range of customer skill sets that come through Highway 55 Rental’s doors. Above all, he understands the importance and value of relationships and makes a conscious effort to ask customers how their project or event went whenever he can.

Jeff enjoys outdoor sports such as cycling and rollerblading and shows great dedication to keeping himself fit, as has been illustrated when staff half his age try to keep up with on certain projects. He also owns Medina Mini Storage and manages various rental properties in the area. Jeff is currently serving his 3 rd term on the Medina City Council in addition to having served on the Medina Planning Commission and as both President and Vice President for the Minnesota Rental Association. As someone who cares greatly about his hometown, it is not uncommon to see him attending and supporting events in the local community he has lived in and loved for over 50 years.